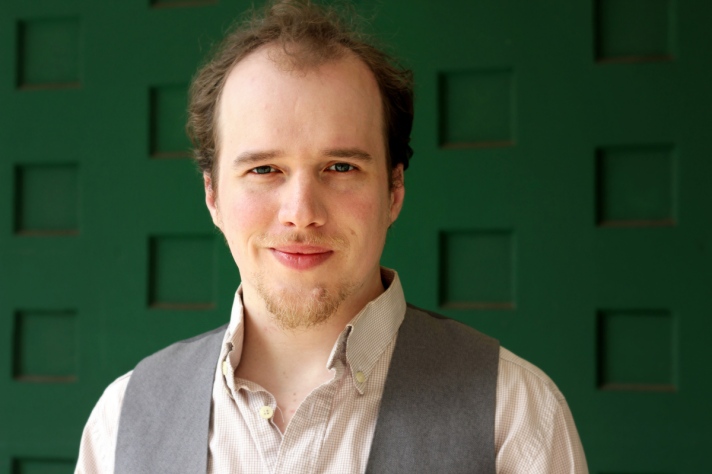 I want to inspire empathy in others,
to encourage them to better themselves and the world around them.

I believe that when audiences are swept into the arcs, trials, joys and tribulations of characters, be they on the page, the screen, or the stage, there is a power there for personal transformation… and hopefully a few laughs.

I am an actor, playwright, stage manager, front of house manager, improviser, science facilitator, bartender, administrative assistant and heritage interpreter with a BFA in Acting and a BA in Writing from the University of Victoria. I grew up in Richmond, BC, and now reside in Vancouver, BC.

My acting highlights include writing, producing, and performing shows in over 22 theatre festivals (mostly Fringe) across Canada (The Hatter, The Most Honest Man In The World, William vs The World, Hullaboo and The End of Everything), receiving many accolades along the way; portraying Skeets Miller in a Patrick Street production of Floyd Collins; being Malvolio in a sold-out, critically-acclaimed run of Twelfth Night at the Phoenix Theatre; scheming as Iago in Othello, The Moor of Venice (Big Ideas/VSS); and taking a turn as Willy, the poor boy, in Victoria’s first season of Sin City Improv, a live, improvised soap opera. Other acting roles include: Golf: The Musical (Viva Musica), Hello (Theatre Terrific), and Beggar’s Opera (Seven Tyrants). In the calendar year of 2019 I acted in 166 performances while touring with Jubilations Musical Dinner Theatre. See my resume tab for more.

My playwriting credits include the aforementioned fringe festival shows, as well as TITUS! The Light And Delightful Musical Comedy of Titus Andronicus (Awkward Stage Productions, music by Jenny Andersen), GRITS (Firehall BC Buds Festival), Alice From Wonderland (SATCo), High School Noir (IGNITE!), All Fall Down (Schoolhouse Rocks), What I’d Be Without You (Acadia Theatre Company), Mannequin Men (Acadia Theatre Company), and The Romantics (IGNITE! 2012), as well as a number of historic tours and scenes.

The Romantics won the 2011 Vancouver Young Playwrights Competition, I am a two time winner of the 24-Hour-Musical-Theatre SMACKDOWN Competition, and TITUS! received a five star review from the Vancouver Sun and was chosen as a Vancouver Fringe Festival Pick of the Fringe!

In 2013, I was chosen as one of The Richmond Review’s 30 under 30, and I have received three OVATION! Award nominations and one CTC award nomination. I have been featured on CBC Radio’s DNTO. In 2008, I was awarded the Keith Provost Memorial Scholarship, for which I am awed and humbled.

Please feel free to contact me about anything at actorwade [at] gmail.com . Thanks for taking an interest.